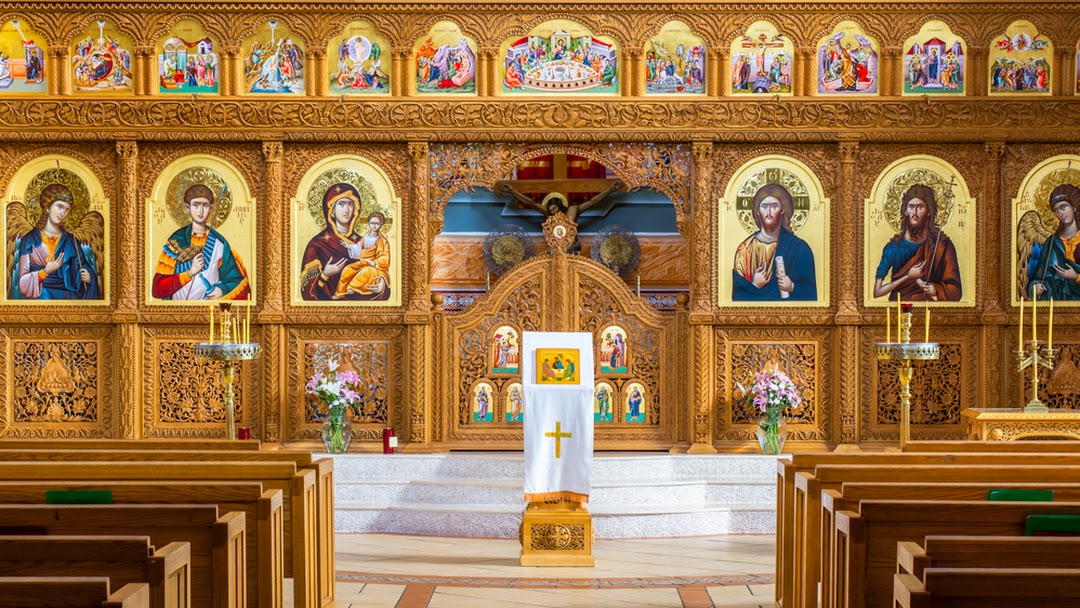 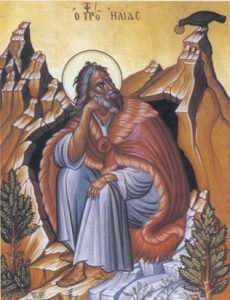 Mar. Elias, also known as Elijah, is commemorated in the Byzantine Church on July 20th. It is a feast that dates back to the fourth century, but has special significance for people of the Byzantine Slavonic and Hungarian heritage because the renowned Icon of Maria Povch first shed tears on the Feast of Mar. Elias in the year 1715. Elias is a prophet of the Old Testament who lived in the ninth century before the Corning of Jesus Christ. The Troparion of his feast calls him “a pillar of prophets, and the second Forerunner of the coming of Christ.” Because, as Scripture tells us, he was taken to heaven in a fiery chariot, the Jewish people felt that he did not die as mortals do, and that some day he would return to earth to “restore the tribes of Israel.” (Ecclus. 48: 10) Indeed, some people considered that Jesus Christ was actually the returned Elias. Icons depicting Elias usually show him in a chariot drawn by fiery horses heading heavenward and his cloak or mantle falling earthward into the outstretched arms of Elisha his companion and disciple, signifying the transfer of his power and authority of a prophet. His many miracles can easily be rendered in symbols: rain ending a seven year drought; fire from heaven consuming his water drenched altar with its offering of a bull while the altar of the pagan priests, dry and ready, could not be ignited by incessant prayers to the pagan god Baal. There was also the widow of Sarephath whose two containers of oil and meal he kept repeatedly full through prayer, and then raised her son from a sudden death. On one occasion Elias, in order to cross the River Jordan, struck the waters with his cloak; the waters parted and he and Elisha were able to cross to the other side. At another time, while in hiding from persecutors, he hid by the Brook of Cherith and there, was miraculously fed by ravens. To learn more details about these miraculous events we suggest you read Kings I, and Kings II of the Old Testament. Elias was one of the greatest and most remarkable prophets of the Old Testament. Of his origin, not much is known, except that he was a Thesbite. He appeared on the historical scene during the reign of Achab (9 cent. B.C.). He delivered to that impious king the message of Yahweh: Israel would be punished by a long drought and Achab’s house would fall. He then lived to see the tragic end of Achab. Next we hear of Elias in connection with Ochozias, Achab’s son and successor, to whom he predicted that the injuries received in a fall would be fatal. The end of the earthly life of Elias came mysteriously. As he was conversing with Eliseus on the hills of Moah, “a fiery chariot, and fiery horses parted them both asunder, and Elias went up by a whirlwind into heaven” ( Kings. 2:11) Jews, Christians and Moslems pay high honor to Elias; Carmelite monks cherish the belief that their order was in some sense founded by him. Together with Moses, he appeared at Christ’s transfiguration. The veneration of Elias dates back to apostolic times. In the fourth century, the feast was already generally known. Mar. John Chrysostom, Mar. Ambrose and Mar. Augustine have testified to his greatness, a fact which alone would prove the antiquity of this feast.